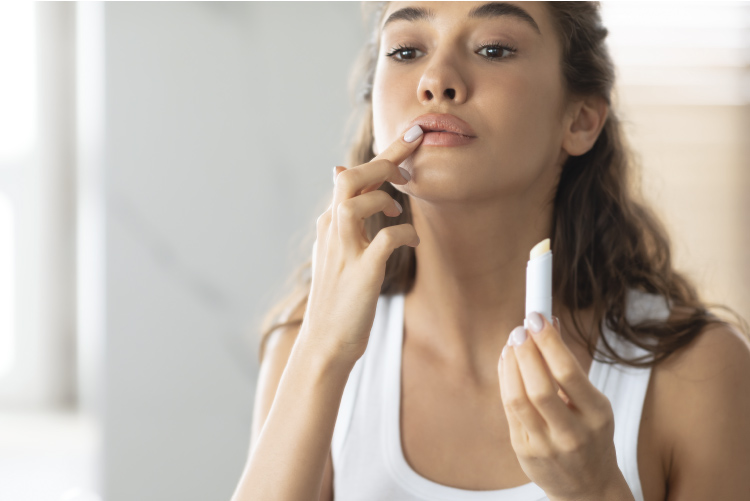 Just hearing this word changes the look on your face. Herpes labialis is very annoying. It is also painful in some cases, especially for people who suffer from it frequently. However, we also want to reassure you that it is not a serious infection. In this article, we will explain the symptoms and how to combat it.

What is herpes labialis?

First of all, let’s briefly explain what it is.

Herpes labialis is a viral infection that appears, as its name suggests, on the lips. It is caused by the herpes simplex virus type 1 (HSV-1).

It is easily identified because it manifests itself in the form of small, rather unpleasant-looking blisters.

Yes. It is contagious, so you must follow the specialist’s recommendations to prevent it from affecting the people around you. It is most commonly spread through direct contact, mainly by kissing or saliva.

Another common cause of infection is sharing personal hygiene or cosmetic items, such as toothbrushes, lipstick or razors.

How does herpes labialis develop?

The following stages of infection can be identified:

The incubation period for herpes labialis is 7 to 12 days.

When does it first appear?

It usually first appears during childhood and tends to reappear in adulthood. This is because the virus does not disappear, but rather remains dormant or lethargic.

Several factors play a role in the subsequent recurrence of herpes labialis:

How do you know if you have herpes labialis in your mouth? There are some signs that can warn you:

How is it cured?

Herpes labialis disappears on its own within a week to a fortnight after it appears. If the pain is severe, the specialist may recommend an antiviral medicine or cream to relieve the pain.

If you have any doubts, contact IGB Dental and we will tell you the best way to deal with herpes labialis.

Why having “buck teeth” can be a problem

Dental avulsion. What is it and why does it happen? 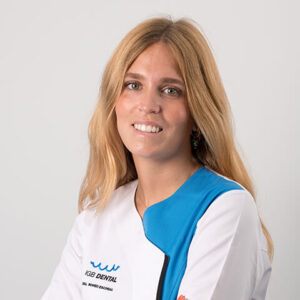